We left Nouakchott with our batteries fully charged! With our visas for Mali at a cost of 16 euros only and valid for 1 month and with all our clothes clean and fresh, we took the road to the south to reach the borders of Senegal. For the last few days we were trying to predict what was going to happen to us at the most difficult border crossing in Africa, with the most corrupt police officers who were trying to make huge profits from every traveler – that was what we had read. Esteban, the Spanish guy with the KTM, in order to avoid all that difficult procedure, had planned his route in a way that he would pass directly from Mauritania to Mali. We wish we had taken the same decision!

We had to chose between two options: we would either pass through Rosso or Diama. The good thing with Rosso was that there was only tar road and no more kilometers than Diama. Diama had a better reputation concerning the border control, with less people passing from there, but you get there after 80kms of dirt road. Thanos and I had decided to try Rosso, after all these things Elias and Christina (madnomad) had told us about Diama, but Liam wanted some more adventure: bush camping, off-roading etc, so he insisted on trying Diama. Why not?

It was Friday and we had 250 more kilometers to Senegal. Not far from the junction to Diama, we met again with the nurse from Slovenia, Katarina riding her bicycle. She had preferred to take the tar road. When we stopped for one more police control, we asked if we could pitch our tents somewhere nearby. They gave us permission so that was exactly what we did. The exact moment we got off our motorcycles, a bunch of kids from 5 to 15 years old, gathered around us. Surprisingly, they were not annoying at all! They even helped us with our tents and we had a great evening sitting on the sand, listening to some local music from Ibrahim’s cell-phone (he was one of the kids) and watching the stars.

The next morning, after we had our breakfast (some expired date chocolate cookies and coffee), our paths and Katarina’s split and we started our trip on the dirt road. The scenery was one of the most beautiful ones we had seen until now. Not more beautiful than that of Greek nature, but we were very happy that at last, we would try our motorcycles in a really demanding road and everything around us looked stunning! Our speed may have been slow but we soon reached the borders. It was on Saturday noon.

And…the party started! Thanos didn’t pay attention to a STOP sign and the police officers immediately ran yelling towards us to make us a remark. Luckily, we didn’t have to pay a fine. For once more, some people who had been standing near the border control offices, tried to grab our papers and insisted on hiring them to fix our documents. We avoided all those “fixers” and went straight to the customs office of Mauritania. The first thing we heard there was that we had to pay 10 euros each in order to let us pass. It wouldn’t be so easy for them to take our money! We had come there, very well prepared: we had food, water, fuel and we were full of energy and ready to negotiate! We spent about 1 hour at the customs with all those bureaucrats pointing at Senegal, laughing and saying that we wouldn’t see Senegal if we didn’t pay. So we paid. Not further than 3 meters distance, the police officers asked us to give them 5 euros in order to put the stamp on our passports. We started moaning and groaning again, telling them that we are from Greece (even Liam with his British passport was Greek!) which is a poor country and that we are looking for a job in Senegal and that our family is in Senegal waiting for us…generally we told them whatever came on our minds! The police officers were very touched by our story, so they wished us “good luck” and let us pass for free!

We also had to cross a river. The obvious option was to pass through the bridge, but it didn’t cross our minds that we would have to pay. We didn’t see any boats at the river. So we went directly to the bridge. As expected, there was a guard there ready to take the money and give us the receipt. The amount we had to pay was 7.5 euros each…the bridge wasn’t that big! I was furious and shout “I won’t pay” but the other two didn’t let me do that. It’s a good thing traveling with company, the one covers the other. Both Thanos and Liam were always eager to pay for anything that they were asked to but my pockets were locked and I was always ready to demonstrate against any case of injustice! But we always helped each other to take the right decision.

We spent one more hour negotiating on the bridge but at least we managed to convince the guard to let us pass paying 7.5 euros, not each but in total and not taking a receipt. The thing with receipts is only for Europeans, but we Greeks, know how to ignore these formalities!

We were in Senegal now and the first police officer who saw us, immediately asked for our documents (passports, permits etc) plus 10 euros each. I said “ok” and we all gave him our documents. He put the stamps on everything and before he realized it, we had taken back in our hands every document without having paid yet. That trick always works: we started complaining in our own unique way and the officer let us pass without paying. The only thing he wanted was a…gift! Thanos decided to give him a T-shirt from Italy with an advertisement for melon-tasting milk on it! That was A gift! At the customs control, we made the mistake to show our “carnets de passage” but Liam didn’t have one. So, we paid 7.5 euros each, but Liam had to pay 60 euros with no receipt. After 6 hours we were free to go at last!

We were ready to go, but the C90 had a totally different opinion. We tried in any possible way to get it started but with no luck. So, the only solution was to tow it. Thanos towed the poor C90 with his vespa until Saint Louis. Luckily, the road was very good and the city was less than 50kms away. Before we entered the city, we stopped to draw some money from an ATM, next to which there was a garage. The people who were working there immediately saw that we had the C90 tied with rope from the vespa and before we realized it, they had already fixed the problem and the C90 was alive again! (they just replaced the spark plug) The Senegalese mechanics are the best!

In the meantime, our GPS was not working properly – probably the charger had a problem – and after 80kms of dirt road it was now dead! Let’s use our maps then! Fortunately, we had already spotted the next campsite where we would spend the night (called 7palava) and we found it on time! Before it gets too dark and right on time for dinner! Plenty of food and plenty of beer, also!

The next morning with the help of daylight we saw that we were not just in a campsite…we were in heaven! The place was just in front of the Atlantic ocean, between palm-trees, ponds, rivers and the German couple who owned it, had succeeded to make their customers feel like kings. The next day Liam decided to “fix” his motorcycle but the only thing he actually did was to make it stop working again. He probably thinks that he is a mechanic but apparently he isn’t. The guys who had replaced the spark plug, had put a slightly different type, that Liam couldn’t put properly once he had removed it. After having tried to start the engine some thousand times, the motorcycle was dead again.

On Monday morning, we put Liam’s motorcycle on a pick-up and went to a garage to fix it. Sven, its owner, told us that he knew some mechanic who does a very good job…but things are the same everywhere: too much talking too little working. Not to talk about the prices! We spent many days at that garage: Christmas eve, Christmas day, the day after Christmas, two days after Christmas etc…The fourth or fifth day, the motorcycle had come back to life again! Everything inside the engine was a complete mess so they spent some time to fix it. The good thing that happened because of Liam, was that we had managed to extend the licenses for the motorcycles. The story he told the customs office about having ordered some spare parts from England that would arrive in 3 weeks time, convinced them, so we could stay for 23 more days without having to go to Dakar only to put a stamp on our “carnets de passage”.

We’ve been here, at this campsite for almost 2 weeks now and we are ready to go. We had some rest, our motorcycles are now ready and we had the unique – for us – experience to celebrate Christmas next to the sea, with a temperature of 37 degrees. The place was different from any other place we had stayed until now: more energy, more colors, more music, more happiness around. That was exactly what we needed to continue our journey to Bamako, Mali. Happy New Year!!!

PS Attention at the circular junction in the cit- center of Saint Louis! There is a fat cop who hunts tourists! He is well known in every travel forum. He stopped us and Thanos and Liam didn’t have their documents with them so we had our first coffee in Senegal at the police station. Of course, they only asked for money to let us go but they didn’t have any idea who had to confront with! They didn’t manage to take even one cent… 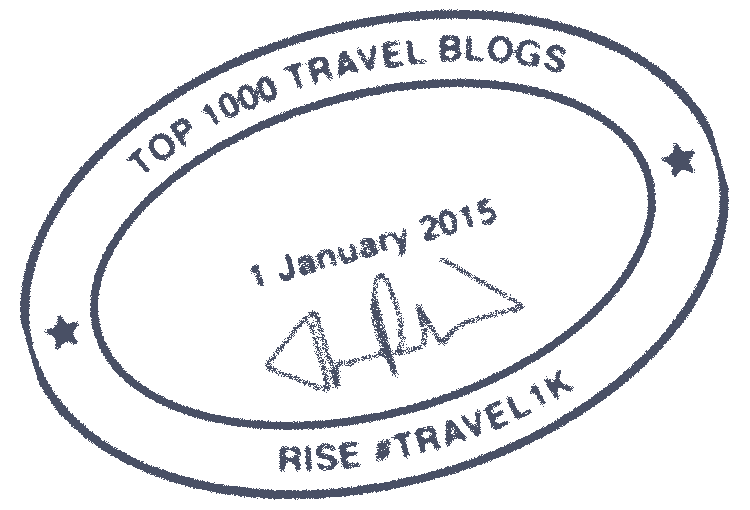